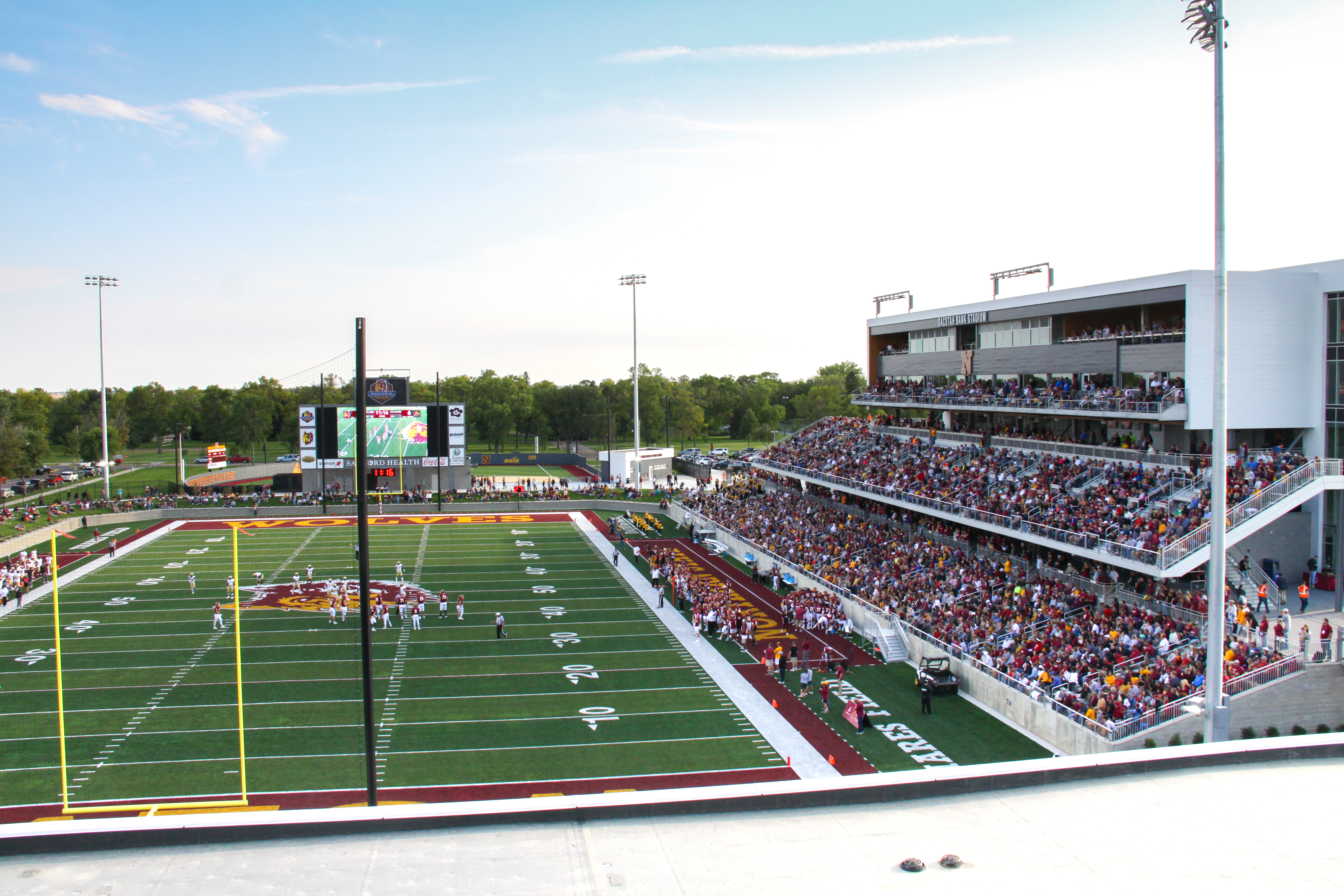 Northern State University has officially entered a new era of NSU Athletics with the opening of the on-campus Regional Sports Complex, with inaugural games played in both Dacotah Bank Stadium and Koehler Hall of Fame Softball Field.

Last fall, the first athletic competition in the complex was the Wolves Football home opener on Sept. 11, 2021. Planning for this inaugural event involved a team of more than 100 individuals, including those working security in the stadium and tailgating areas, as well as attendants in spaces such as the Kids Zone. A capacity crowd filled the stadium to cheer on the Wolves.

Then this spring, NSU Athletics and Northern softball held the inaugural game at Koehler Hall of Fame Field on March 29, 2022. A variety of celebratory events were scheduled, and the field’s namesake, Jim Koehler, was honored along with his family - including throwing out the ceremonial first pitch. During the double-header, fans packed the stands - including NSU students, staff, and community members - to cheer on the Wolves.

Both inaugural games were historic events for Northern, the community and the entire region.

“This is a momentous occasion for Northern, Wolves athletics and the community of Aberdeen,” NSU President Dr. Neal Schnoor said. “We’re incredibly grateful for the supportive partnerships and generosity that campus has received from the community, region and state. We look forward as we set the stage for a new era of on-campus and community engagement.”

NSU Foundation President and CEO Zach Flakus said Northern is taking Wolves Athletics to the next level. “But we truly want this facility to be a regional asset, and we expect it to be used for events including high school sports, band competitions and community concerts.”

Thanks to the generous lead gift of Dacotah Bank, headquartered in Aberdeen, Dacotah Bank Stadium, home of Thares Field, is the premier football stadium in the NSIC and the region. This multi-purpose facility includes many premium student-athlete and fan amenities, including the impressive Kessler’s Champions Club event space and locker rooms. The Champions Club and locker rooms are connected to the Barnett Center, making the Barnett Center and new Regional Sports Complex one contiguous Sports Complex.

Koehler Hall of Fame Field is the pre-eminent softball stadium in the Upper Midwest and one of the finest NCAA Division II facilities in the entire country. Named in honor of a generous lead gift from NSU alumnus Jim Koehler, the field consists of an all-synthetic turf field, in-ground dugouts, bullpens and batting cages, chair back seating, multiple berms surrounding the stadium, and a media / suite area directly behind home plate. 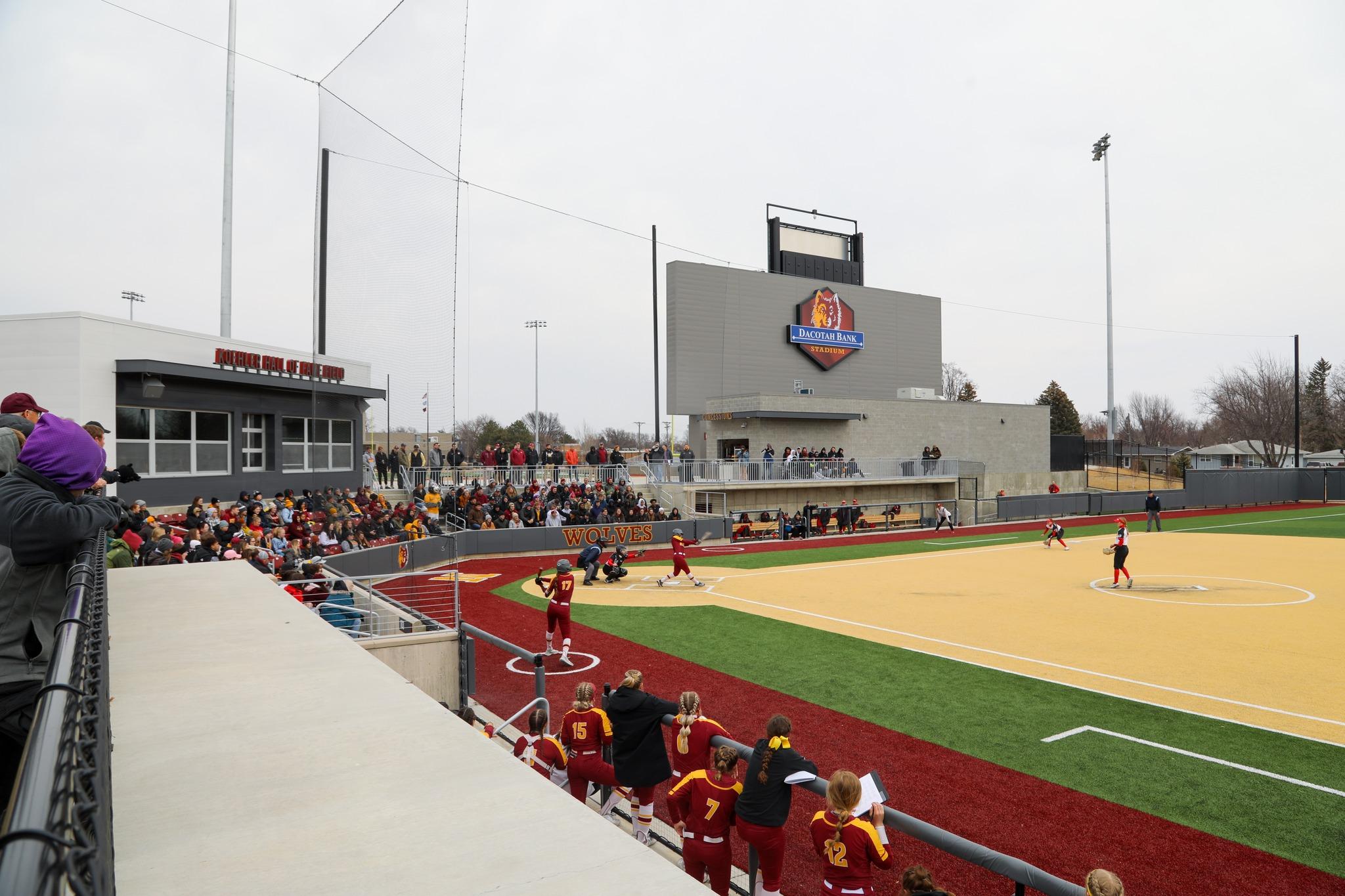 The Regional Sports Complex was the final project of the Educational Impact Campaign, which also included a new South Dakota School for the Blind and Visually Impaired, and the Athletic and Recreation Fields project.

Below is a timeline of the campaign: