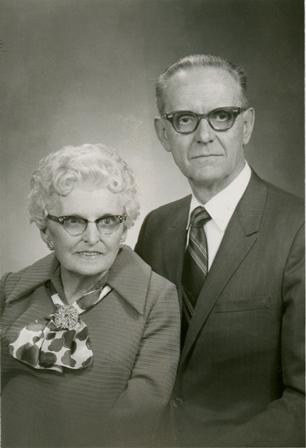 Johnson Fine Arts Center was named by NSU faculty for Lloyd and Marie Johnson, in honor of their combined 76 years' service to Northern. Lloyd served Northern in a number of administrative posts from 1942 to 1971, retiring as dean of administrative services. His wife, Marie, held various positions from 1926 to 1970, including associate director of admissions and records.

Music and drama students and faculty utilized the new recital, choir and band rooms, as well as the stage, drama workshop, makeup, dressing and practice rooms. The air-conditioned building also served as a multipurpose teaching facility to ameliorate the classroom shortage of the time. Liberal arts students attended lectures in six 45-seat classrooms and two large lecture halls, each seating 248 people. In the summer of 1973, a $28,000 sound system was installed. Also in 1973, students and faculty presented Lerner and Loewe's Camelot. In 1998, the show was revived in celebration of JFAC's 25th anniversary.

Through the years, groups offering star-quality performances to the community and region at JFAC have included: