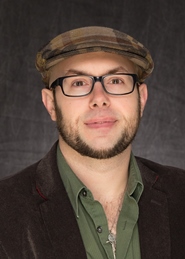 Dr. Travis Netzer is a lecturer of tuba and euphonium at NSU. He grew up in Ipswich, S.D., and attended Northern for his bachelor's degree in music education. During his undergraduate degree studies, Netzer competed in the Music Teachers National Association Young Artist Brass Competition and reached the national level of the competition two years in a row, placing runner up his second year. He received a graduate assistantship to attend Western Michigan University for his master’s degree in music performance and earned a doctorate of musical arts at Arizona State University, where he was the graduate assistant to Dr. Deanna Swoboda. While there, he competed and advanced to the semifinals in the International Tuba Euphonium Solo Competition in 2014.

Netzer recently received a developing artist grant from the South Dakota Arts Council to develop his musical project, "Rock Tuba," in which he uses electronics to distort his sound and play rock music.