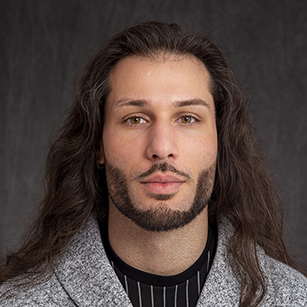 Michael Mohammed comes from a bi-ethnic and bilingual background. He grew up in the Middle East and the United States and is fluent in Arabic. In 2014, he earned his B.S. in psychology, B.A. in history, and TESOL (Teaching English to Speakers of Other Languages) certificate from Northern State University. After graduating from Northern, he spent six years in the Middle East working as a school counselor. During this time, he traveled to many countries and gained a deeper appreciation for his own heritage and for different cultures around the world.

Michael Mohammed rejoined Northern in the fall of 2020 as a graduate student completing dual MSEd programs in clinical mental health counseling and school counseling. He has worked as the international student services and compliance coordinator, and most recently as assistant director of international recruitment and admissions for Northern's international programs.

Michael Mohammed is passionate about advocacy and activism. He supports movements on behalf of minorities who are underserved, underrepresented, and voiceless. He enjoys traveling and learning about different areas and regions of the world. He has a deep interest in Middle Eastern history, culture, religion, and politics. In his free time, Michael Mohammed is devoted to fitness, nutrition, and living a healthy and balanced lifestyle.