Originally a weapon, the mace evolved into an ornate staff used as a symbol of authority and carried by church and court officers who escorted high officials during the Middle Ages. Today it is used symbolically in academic ceremonies. At Northern State University, it is borne by the senior professor of the faculty. The mace was designed, crafted and cast in bronze by Darwin Wolf, a 1983 Northern State University graduate. It was commissioned and presented to the university on May 2, 1984, by the cadets and cadre of the ROTC Wolf Battalion. The mace is composed of three parts: the head, the finial and the staff. The head is an ogal, a second-century gothic symbol of possessions of the faculty. The rough texture of the inner planes of the ogal give way to the highly polished edges which represent the refinement of imagination into rational thought that occurs in an academic setting. The finial, also of bronze, symbolizes the foundation of Northern State University's excellence, its students, faculty and alumni. It also bears the marks of the maker. The staff is made of walnut and was turned by Northern State University's faculty of industrial technology. Mounted to the staff is a wolf's tooth, cast of bronze, which represents strength, endurance and intelligence.

The President's Pen has a history as long as the university itself. Gov. Charles N. Herreid used it to sign the 1901 bill appropriating $30,000 to build Northern's first building, the Central Building. The pen was again used by Gov. George S. Mickelson in 1989 to change the school's name from Northern State College to Northern State University. The pen has even traveled into space: In 1991, astronaut and South Dakota native Charles Sam Gemar carried it in a special cherry wood case aboard the Discovery Space Shuttle. The pen now resides in the archives of Northern's Beulah Williams Library. The pen is presented to each NSU president at inauguration.

Northern State University's official seal incorporates symbols of its heritage and traditions within a motif of concentric circles that represent continuity and perseverance. The mission of the university - teaching, research, service - is circumscribed by the circles. The seal features a sentinel gatepost marking the way to the institution and the world of learning and opportunity that form its center. The seal, created by Northern State University's former graphic designer, Diane Francis, bears the inscription 1901, the year that South Dakota's gateway college was established by the South Dakota Legislature.

The academic banners were introduced and dedicated as part of the inaugural ceremonies for Dr. John Hilpert, 14th president of Northern State University, in December 1998. The banners were designed by Peter Kilian, NSU professor of art, and crafted by Shirley Stephens, a textile artist from Sioux Falls, S.D. Each banner represents the academic focus and purpose associated with the College of Arts and Sciences, the School of Business, the School of Education, the School of Fine Arts, Graduate Studies and the Center for Statewide E-learning. The colors of the banners reflect the school colors of NSU, maroon and gold, as well as the academic colors traditionally associated with each discipline. These banners are part of all academic ceremonies held at Northern. 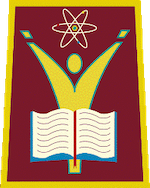 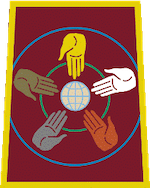 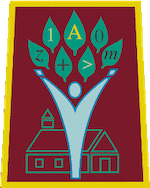 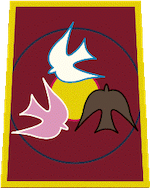 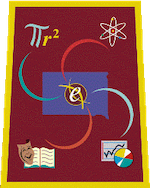 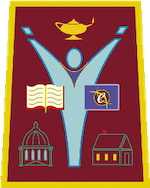