Northern's campus evolves to meet the needs of students, employees, the community and the region. The campus master plan lays out numerous potential projects for the next decade and beyond. 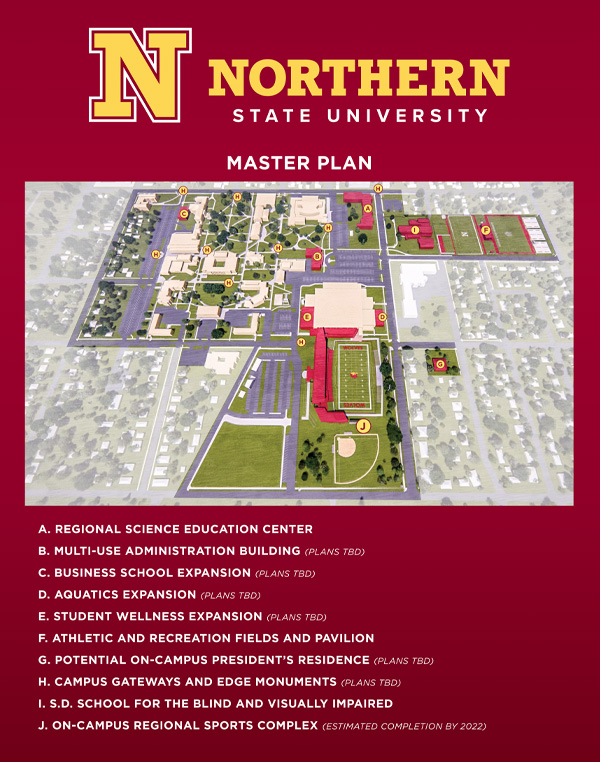 Northern is poised to have more than $100 million invested into campus in a decade. Read more about our current projects below! 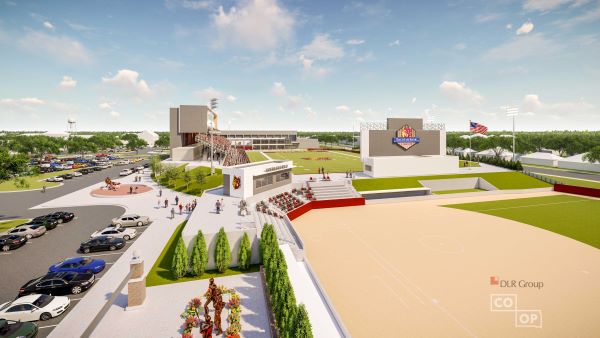 This campaign seeks to raise $55 million total for three connected projects: construction of a new School for the Blind and Visually Impaired; NSU’s athletic and recreation fields project; and an on-campus regional sports complex. Learn more at educational-impact.com. 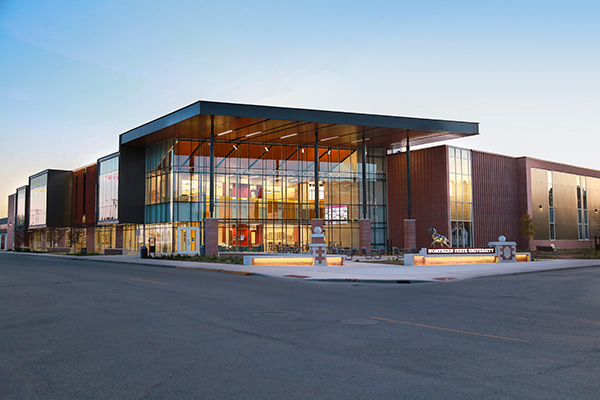 When students began classes in fall 2019, they were the first of many to study in the new Harvey C. Jewett IV Regional Science Education Center, which will advance educational and research opportunities for the university and the entire region.

Center construction began in spring 2018 at the corner of South State Street and Twelfth Avenue Southeast, which serves as a gateway to campus. The site, on the west side of South State Street between the former Jerde Hall and Johnson Fine Arts Center, previously was the football practice field. 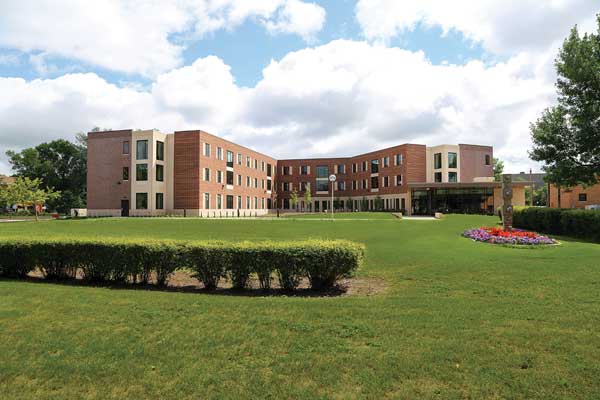 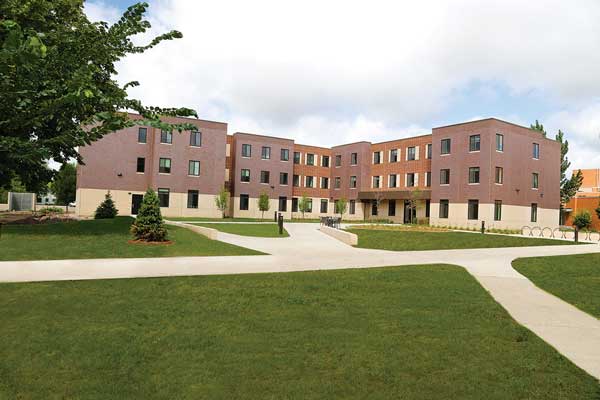 An Inside Look at Great Plains East (video)

Two new residence halls – one located south of the Mewaldt-Jensen Building and the other at the site of the former Lindberg Hall – opened in fall 2018. One hall provides a pod-style design, with eight to 10 traditional double rooms situated around a common living space and community bathroom. The other hall is designed with a series of semi-suites and suites offering both double and single rooms. 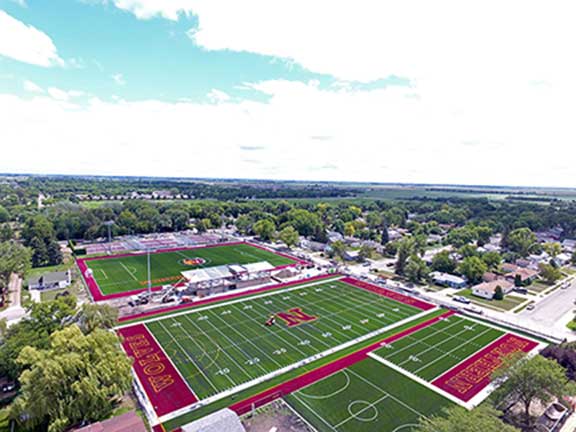 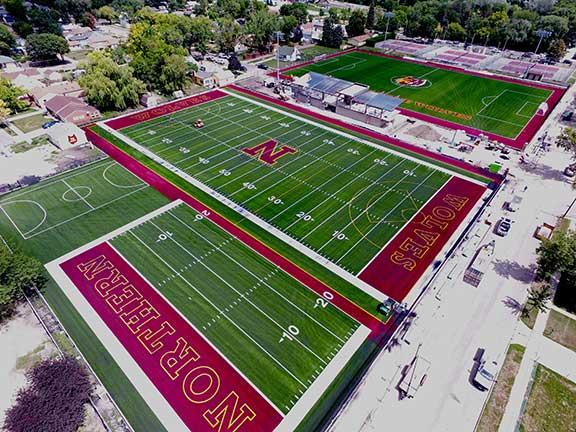 A new football practice field and women's soccer competition field were built east of the former Jerde Hall, along with a 6,000-square-foot pavilion. The Athletic and Rec Fields are also home to NSU Intramurals, and will also be used for events such as youth sports camps. Six tennis courts remain on the east edge of campus. 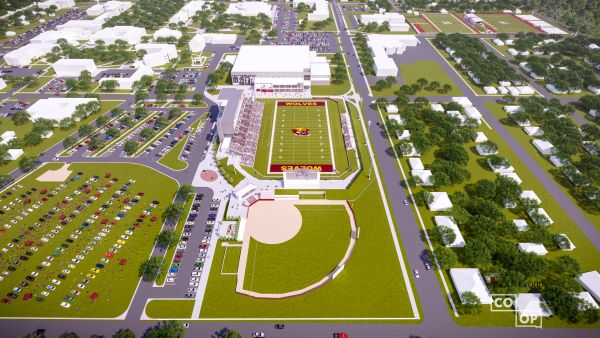 Northern State University is building a new football stadium and softball field on the south side of campus, connected to the existing Barnett Center. This first-rate complex will include Dacotah Bank Stadium and Koehler Hall of Fame Softball Field. The location is the former site of the South Dakota School for the Blind and Visually Impaired (SDSVBI), which now occupies a brand-new building on the east edge of campus. 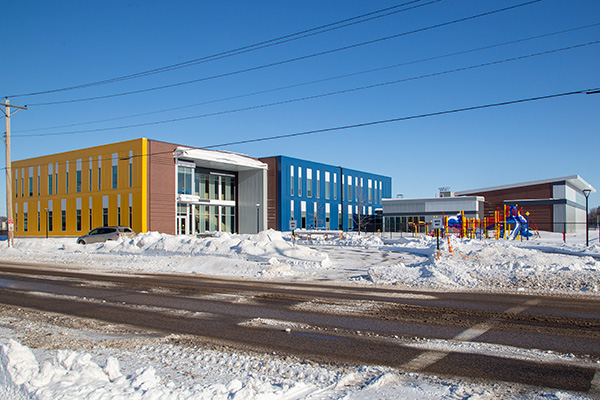 Northern State University and the South Dakota School for the Blind and Visually Impaired (SDSBVI) are collaborating for the Educational Impact Campaign, which includes a new $14 million home for SDSBVI.

The new School for the Blind and Visually Impaired was recently completed at the former site of Jerde Hall. The former SDSBVI site is the location of the new regional sports complex.

'It doesn't get any better than this:' Students, staff excited about new SDSBVI

Have a question not answered here? Please use the NSU Master Plan Feedback Form to submit comments!