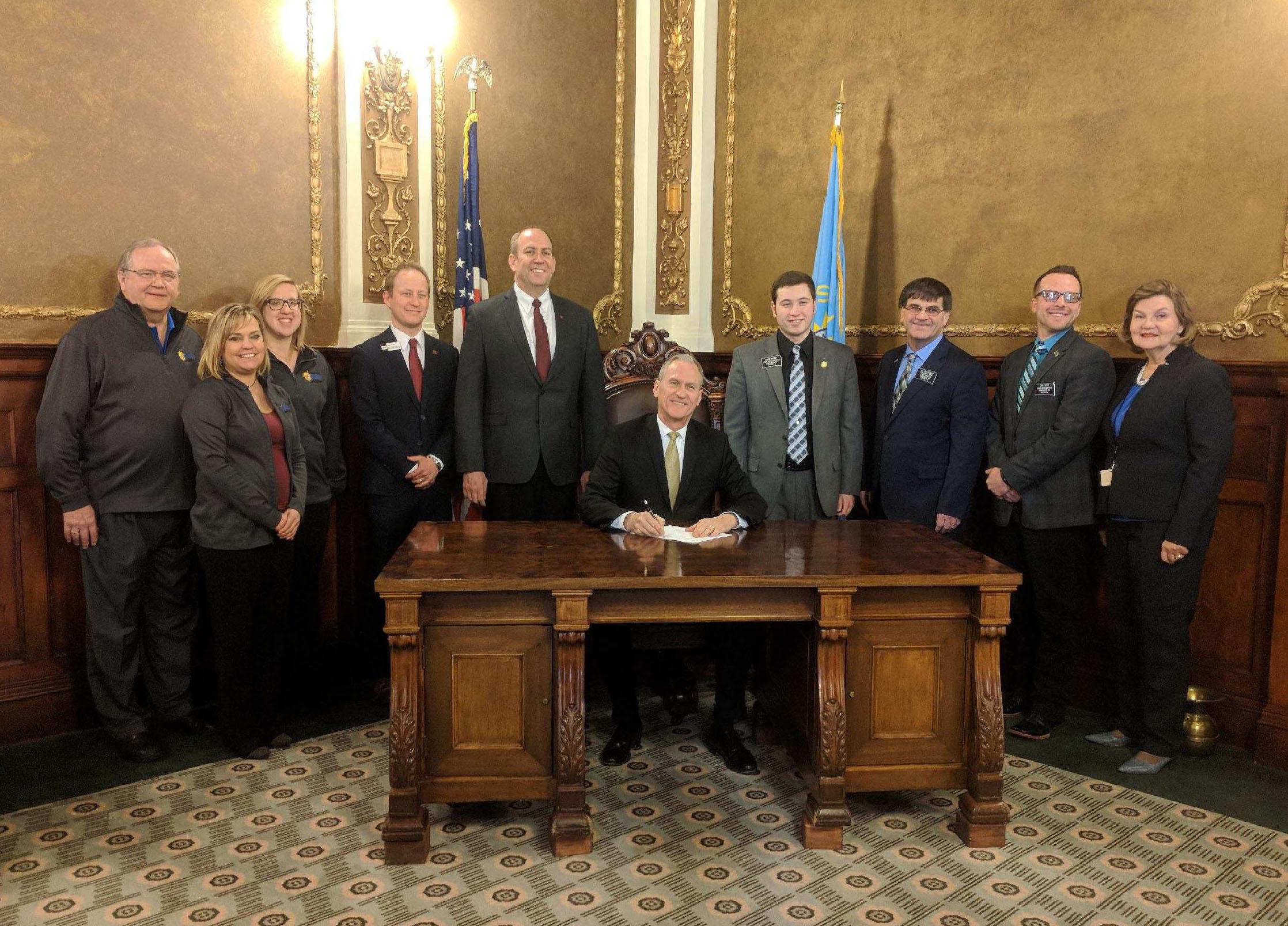 PIERRE, S.D. – With the governor’s signature in place, Northern State University and the South Dakota School for the Blind and Visually Impaired will move forward with their planned collaborative projects.

Thursday was Aberdeen Day at the Capitol, and various local officials were in Pierre to mark the occasion.

“Having final approval for our projects is exciting anyway, but it’s extra special to have the signatures happen on Aberdeen Day,” said SDSBVI Superintendent Dr. Marje Kaiser. “These projects will benefit the entire community as well as our two schools, and we’re very grateful to Gov. Daugaard and the Legislature for their support.”

Approval of the bills means work can begin on new athletic and recreation fields that will be utilized by both schools; and a new School for the Blind and Visually Impaired at the current site of NSU’s Jerde Hall. These projects, along with an on-campus regional sports complex, are part of the NSU-SDSBVI Educational Impact Campaign. The $45 million campaign has already received pledges for donations totaling more than $25 million, not including a recent ask of $5 million from the city of Aberdeen.

The expected timeline for these projects is as follows:

March/April 2018: Work will begin on the athletic and recreation fields east of Jerde Hall, with completion estimated in August 2018. (Pavilion completion in September 2018.)

Summer/fall 2018: Jerde Hall will be demolished.

Fall 2018: Construction will start on the new SDSBVI, with completion expected in fall 2019.

Fall 2019: Demolition of the current SDSBVI.

Fall 2019/spring 2020: Construction will begin on the sports complex, with completion expected no later than 2022.

NSU President Dr. Tim Downs said House Bill 1071 guarantees the SDSBVI will remain in Aberdeen, and all three bills lay the foundation of enhancing the student experience at both schools for years to come.

“These projects add to the positive momentum we’re already experiencing at Northern, with one new residence hall, two more under construction, a recently renovated fine arts center and new Regional Science Education Center set to break ground this spring,” Downs said. “It’s truly a game-changing time for both campuses, and for the community and region as well.”