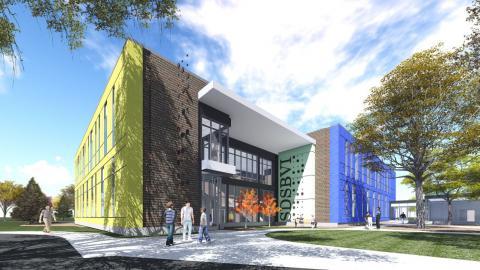 ABERDEEN, S.D. – The final design of the new South Dakota School for the Blind and Visually Impaired reveals a building with increased efficiency and a homier feel for students.

The new school’s concept was developed by the Sioux Falls architectural firm TSP with assistance from consultants Julie Walliesa, who has extensive experience designing schools for the visually impaired, and Christopher Downey, an architect who lost his sight in 2008.

The new SDSBVI is one of three projects of the Educational Impact Campaign, a collaborative effort between the school and Northern State University that also includes new Athletic and Recreation Fields to be utilized by both schools and an on-campus regional sports complex. 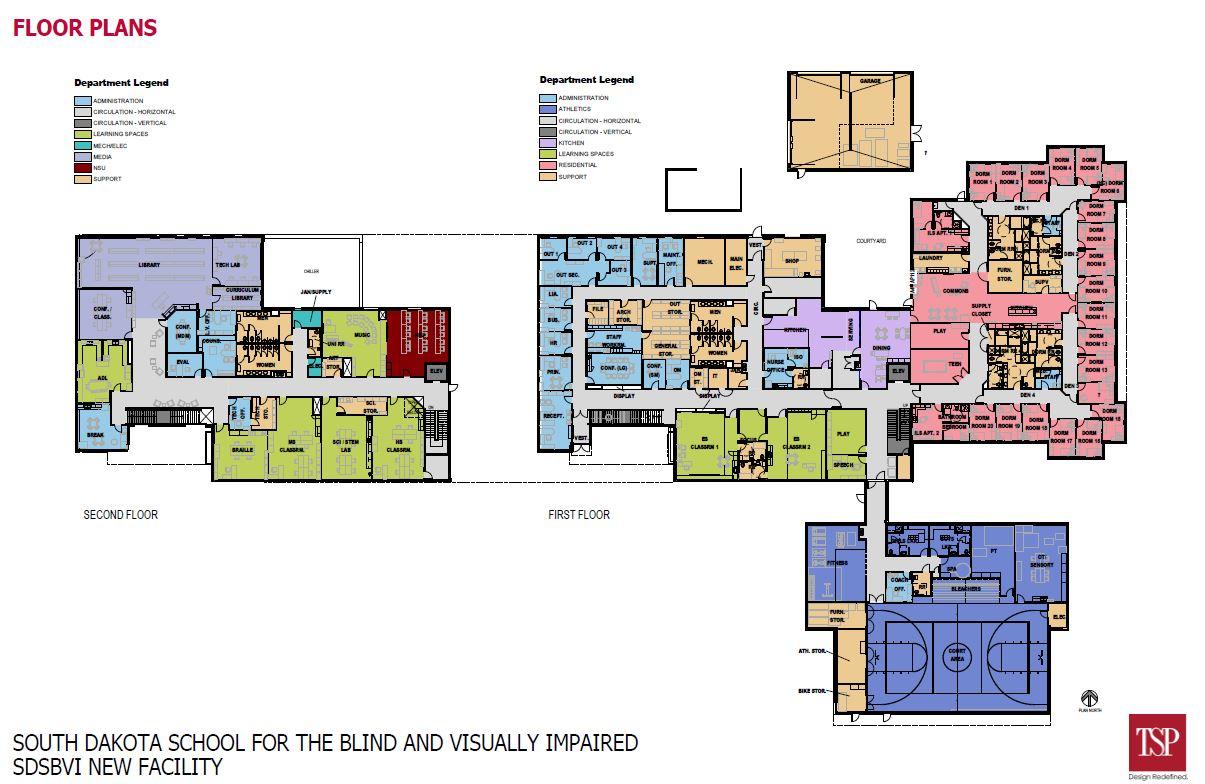 Some highlights of the new building include:

Among the new features, Kaiser said the library and dorms will likely be her favorite parts of the new facility.

“Because they’re just going to be homier,” she said.

Making it more homelike was one of the goals, including offerings such as a game room for older kids, a playroom for younger kids, a kitchen area and a lounge. The building will also have better air conditioning, as the current noisy units that are disruptive to low-vision students who rely heavily on hearing as a means of processing.

Looking to the future, even more amenities could be added, including a sensory garden and a climbing wall in the gym.

The new SDSBVI facility will be constructed at the current site of NSU’s Jerde Hall, which is currently being demolished. After that point, construction will start on the new school, which has a projected completion date of fall 2019.

Work has already begun on the Athletic and Recreation Fields east of Jerde. This project, which will be finished by fall, includes a soccer competition field, football practice field and pavilion.