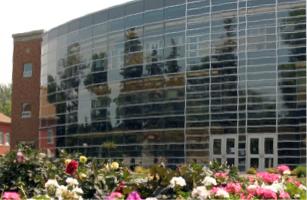 ABERDEEN, S.D. – Northern State University has received a grant to purchase a piece of equipment that will enhance research and science education on campus.

The nuclear magnetic resonance spectrometer will be purchased thanks to a $52,991 Research and Development Innovation Grant from the South Dakota Board of Regents. The grant covers half the cost of the machine, with the other half paid through matching funds.

“It’s huge for us,” said NSU Associate Professor of Chemistry Dr. George Nora. “It opens doors in a number of angles.”

The nuclear magnetic resonance spectrometer, which will arrive on campus later this fall, is about the size of a large printer. It will weigh more than 100 pounds, containing a powerful magnet, and will come with a computer and software.

The term “nuclear” refers to having to do with the nucleus, Nora said. The instrument is used to determine the structural information of molecules, and it actually feels the environment of protons. It works in a similar way as magnetic resonance imaging. While an MRI machine is used for pseudo-solid objects, such as people, an NMR spectrometer is used for pure liquids or pure solids. NSU’s will be used for liquids.

The NMR spectrometer will be used in all chemistry classes, especially organic chemistry. It’ll also be heavily used in research. For example, one student is working on an honors project with Nora where they are making antibacterial compounds. Another student is working with him to modify a tuberculosis drug.

The machine will also be beneficial for a research project conducted by NSU Associate Professor of Biology Dr. Jon Mitchell and two students. They are extracting the gangliosides out of sheep brains, which can be used to cure Huntington’s disease.

NSU is also hiring a new chemist/physicist, Nora said, and this person would likely use the NMR spectrometer as well. Having the machine on campus will also open the university up for possible American Chemical Society accreditation.

“It will be revolutionary, in my opinion,” he said.

Northern State University is a regional university that offers outstanding academics and exceptional extracurricular activities at an affordable price on a safe, welcoming campus. To learn more, visit NSU Admissions.