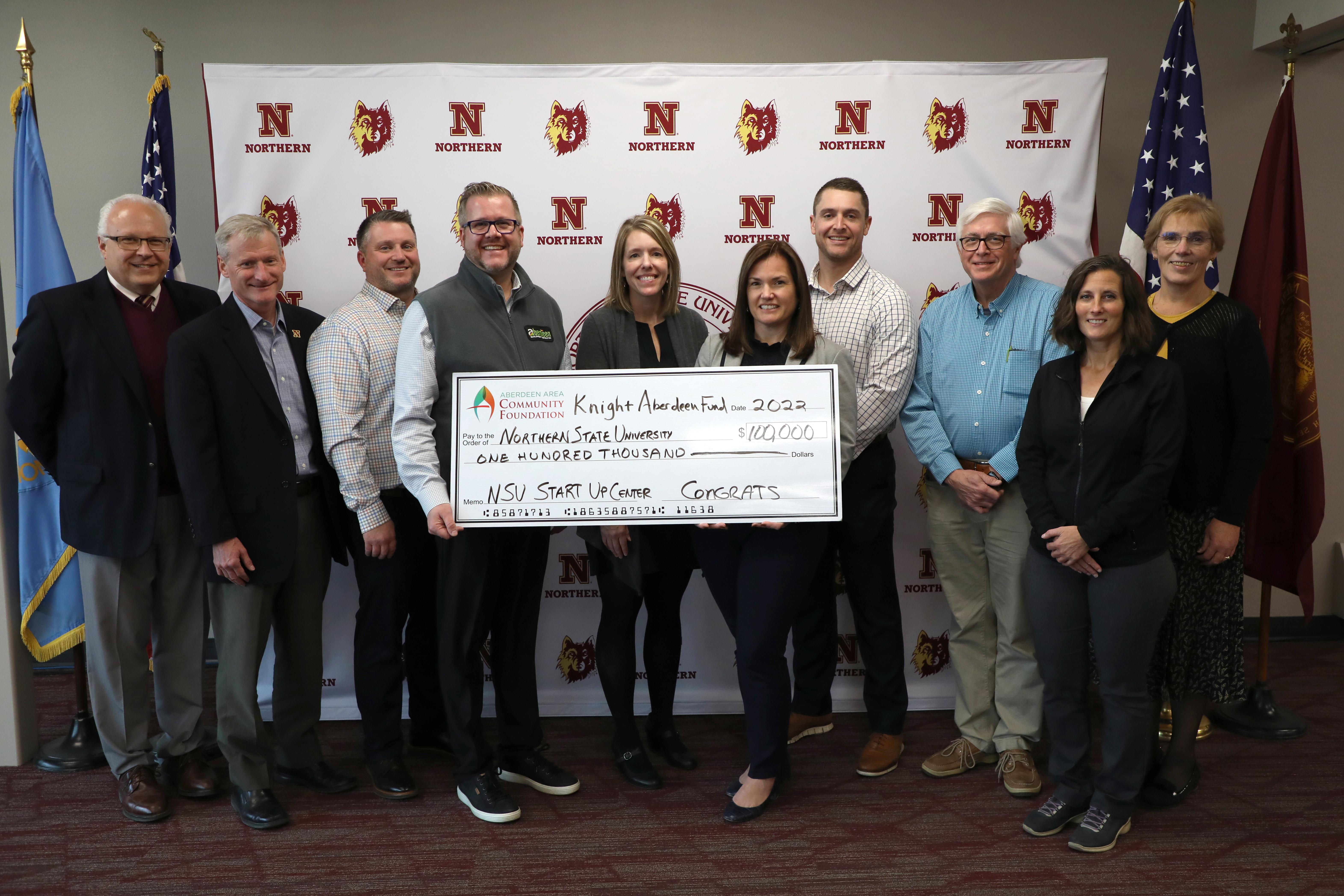 ABERDEEN, S.D. – Northern State University has received a $100,000 grant from the Knight Foundation’s Aberdeen Fund in the South Dakota Community Foundation to help launch the Northern Startup Center, which will support local entrepreneurship and innovation.

The total Startup Center project is $1.5 million, including the $750,000 Venture Challenge grant and a $750,000 local match. The Knight Aberdeen Fund grant is a part of that local match.

“The support provided by the Knight Aberdeen Fund is an investment in this crucial project and Northern’s expanding role in entrepreneurship and building stronger partnerships among and across the university, downtown Aberdeen, the Aberdeen Development Corporation, the city of Aberdeen, the Aberdeen Area Community Foundation and the NSU Foundation,” said Dr. Hannah Walters, principal investigator for the EDA grant and Knight Aberdeen Fund grant.

The Startup Center, now open on the NSU campus, is currently located in Beulah Williams Library and will eventually be housed in the new building replacing Lincoln Hall. Through this initiative, Northern expects to advance the ideas of 25 entrepreneurs and launch 10+ startups resulting in 50 new digital jobs in northeast South Dakota in the first three years.

The CEO of the ADC, Michael Bockorny, stated, “NSU and ADC are strategic partners working together to build a stronger entrepreneurial ecosystem with an intentional emphasis on tech. NSU is creating the Startup Center, and the ADC has invested in new facilities to launch the Business Innovation and Technology (BIT) Center, an accelerator program. Working in concert with each other, the Northern Startup Center and the ADC BIT Center will diversify Aberdeen’s economy, enhancing the current agriculture and manufacturing reliance, and addressing the threats of automation and climate change to those industries. Economic diversification has long been a goal of the ADC, and this is a major step in the direction of this multi-year effort.”

Walters said, “Through these partnerships and efforts, we will diversify Aberdeen’s economy, strengthen downtown, and connect the university and the Aberdeen Development Corporation together along the Main Street corridor.”

Aberdeen Area Community Foundation (AACF) Board Chair Heath Johnson said the AACF is proud to have helped facilitate this grant for such an important project for the Aberdeen area.

“The project addresses many of the Knight Aberdeen Fund’s strategic priorities for Aberdeen, including supporting NSU and its connections to the community as well as promoting economic development, talent attraction and retention, and a vibrant downtown,” Johnson said. “This has exciting potential for our community.”

Read more about the Startup Center and the collaboration of NSU, ADC and CORI here.