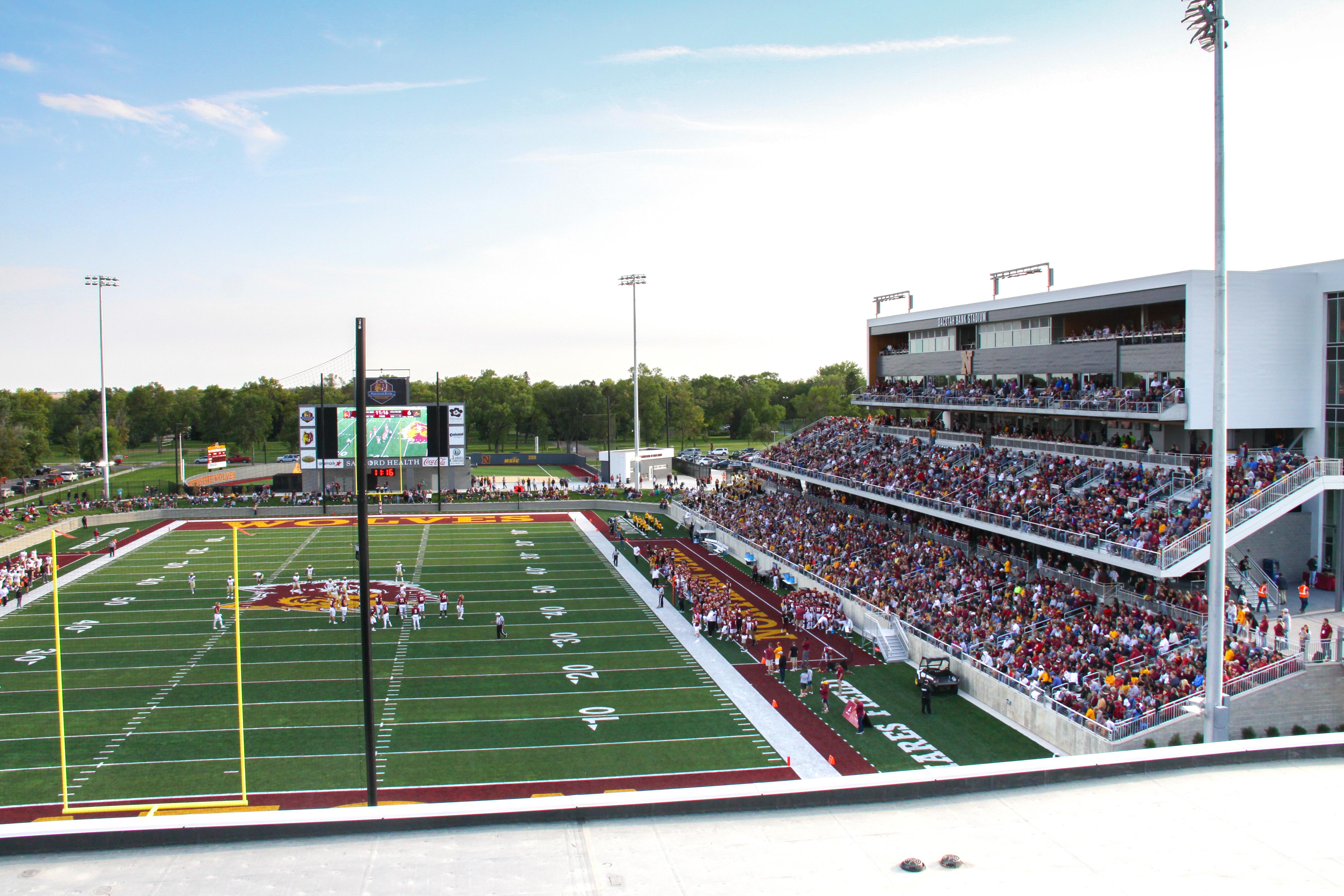 The sports complex is one of 52 finalists of athletics, fitness and recreation facilities—all of which were constructed within the past three years, said Kody Schochenmaier of CO-OP Architecture, which designed the facility along with DLR Group.

The finalists are all featured in the current issue of  Athletic Business magazine, including photos and a narrative description of the facility. Online, the feature includes a digital component that can be viewed here.

This summer, the facilities will be judged by a panel of leading sports, fitness and recreation facility architects, Schochenmaier said. Ten winners will be selected and announced in the magazine’s October 2022 issue, with awards presented at the Athletic Business National Show, set for Nov. 16-19 in Orlando, Fla.

This isn’t the first accolade for Northern’s newest athletic facility.

Other buildings on the NSU campus have been recognized in the past as well. In 2020, the Athletic and Recreation Fields Pavilion, also designed by CO-OP, won a 2019 AIA South Dakota Merit Award. Also, the Jewett Regional Science Education Center, designed by TSP Inc., won the People’s Choice Award.