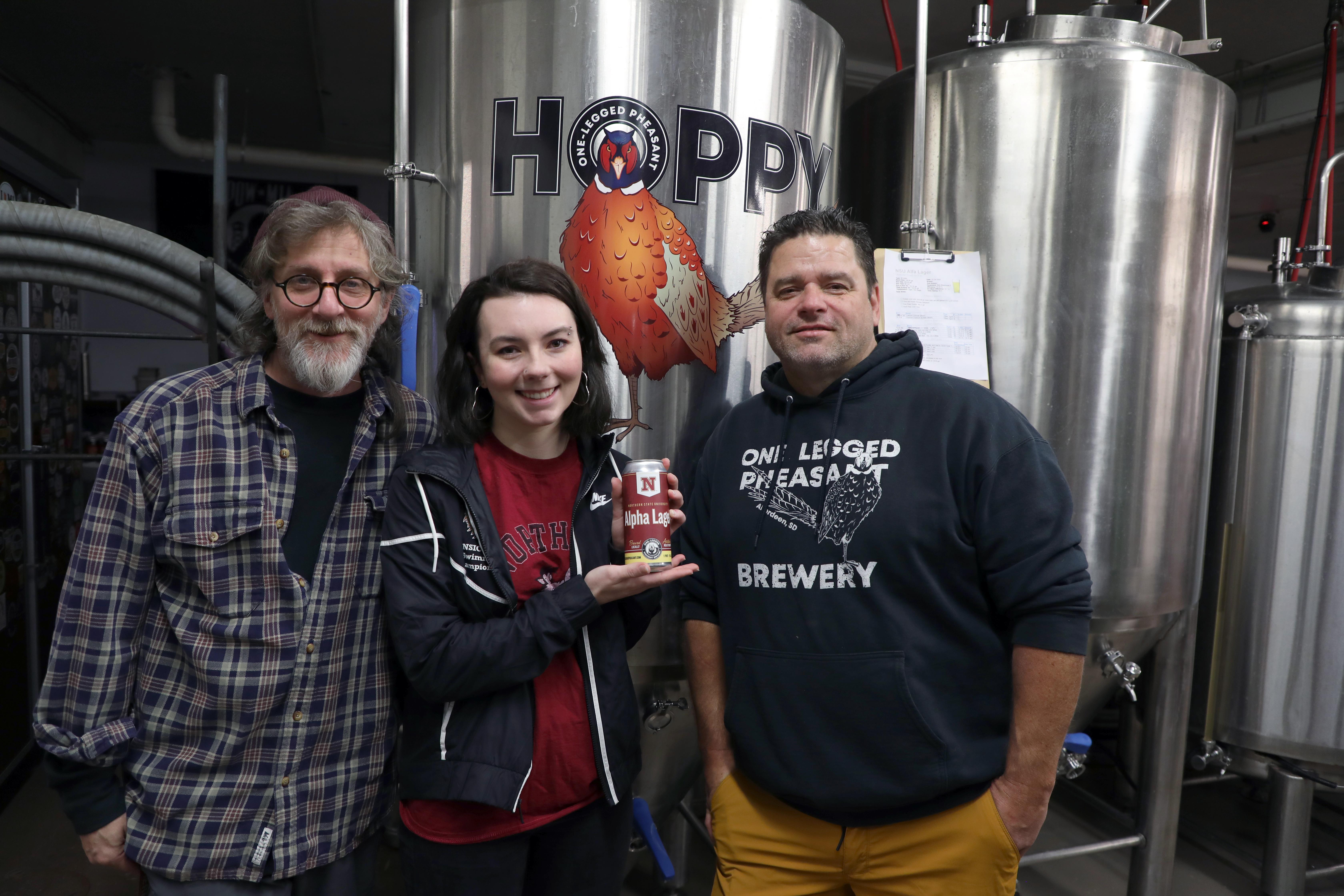 ABERDEEN, S.D. – A partnership between Northern State University and Aberdeen’s One-Legged Pheasant has resulted in a new brew that is raising scholarship funds for NSU students.

But the creation of Alpha Lager has also provided an experiential learning opportunity for Northern’s science students.

That includes NSU senior Kennedy Davis of Fairfax, Va., who is interning at One-Legged Pheasant.

“It’s a very rewarding experience,” said Davis, a biochemistry and German major. “It’s not something you really get in the classroom or in the lab. It’s really hands-on.”

This unique student learning experience is one of the best parts of the partnership, said Northern’s Dr. Jon Mitchell.

“It offers the students hands-on opportunities to spend time in a real-world setting to learn about fermentation,” said Mitchell, professor of biochemistry and biotechnology at NSU.

Educators strive to provide students with experiences that can give them an edge on their resumes, Mitchell said.

“This is something that can differentiate them,” he said.

The partnership started as an idea between Dr. Alyssa Kiesow, NSU College of Arts and Sciences Dean, and Dave Welling, co-owner of One-Legged Pheasant, about creating a Northern-specific brew, with proceeds going to scholarships.

“As anything, conversations and relationships are how anything starts, as the foundation that builds into potential opportunities for something cool and new,” she said.

Brewing began over the summer, with sales of Alpha Lager starting at NSU home football games this fall. Fifteen percent of sales goes toward College of Arts and Sciences student scholarships, Kiesow said.

Partnership is a ‘Win-Win Situation’

Alpha Lager is also available at One-Legged Pheasant, 721 S. Main St., and it could soon be available in other local businesses, Welling said.

Welling said he enjoys working with Mitchell, Davis, and other NSU students.

“It’s definitely a good partnership for both of us,” he said. “It’s a win-win situation.”

For more information about Alpha Lager, visit oneleggedpheasant.com. To learn more about science education at Northern, visit NSU College of Arts and Sciences.